The new year is typically a powerful time to reflect on how you may want to shift things and/or make positive changes in your life. For some of you, that may mean eating healthier, working out, paying down debt or developing new financial habits.

Notice that I did not mention anything about a New Year’s resolution? The reason is that research shows that people don’t stick to them!

Instead, I want to provide you with some strategies that are simple, yet effective, to help you make lifestyle changes that will ultimately not only help you take control of your finances, but also help you become the very best version of your financial self.

The first strategy to help you jumpstart your new year is to set S.M.A.R.T. money goals. S.M.A.R.T. is an acronym that stands for Specific, Measurable, Attainable (or Achievable), Realistic and Timely.

Let’s start with Specific and Measurable. Here’s an example: Your goal may be to “spend less or invest more.” That’s a great goal, but it’s not specific enough. If you instead said, “I will save or invest $1,500,” that’s a bit more specific and measurable.

Now let’s look at the Achievable and Realistic component. Using the same example, if you said, “I will invest $125 from each paycheck directly into my savings or retirement account or toward paying down a specific debt,” that is likely achievable and realistic.

Your goal must also be Timely, meaning you have a timeline for completing it. In this example, you said that you want to achieve your goal in one year’s time and $125/month over 12 months equals $1,500 for the year.

Video: The one thing most self-made millionaires do when they first wake up (Business Insider)

So, if you’re really serious about achieving your financial goals (or any other goals!), make them S.M.A.R.T.

You have to get real about your spending. Understanding where your money is going is the foundation for developing healthy spending habits. Technology has made tracking your spending easy and there are several apps you can use, most of which are available on all of your devices. For example, Mint’s personal finance app enables you to create a budget, track your bills and monitor your spending and debt. Truebill is also another finance tracker that makes it easier for you to take control of your money and stay on top of your financial life. You may also want to utilize the “50/30/20 Rule” – 50% of your income is allocated to meeting your needs, 30% to your wants, and 20% to savings.

You must also get real about your debt. Take some time out to sit down and make a list of your debts, so you can determine which debt to pay off first.

4. Give Yourself a Cash Cushion

It is important to save for emergencies. The general recommendation or rule of thumb is to save somewhere between three and six months’ worth of household expenses. However, in light of the pandemic, I recommend increasing it to nine to 12 months. If you don’t already have this in place, make achieving it a goal.

5. Invest in Your Future

Try making investing a habit. Begin with your retirement contributions. Set auto contributions if you haven’t already. If you’re already doing that, consider increasing your contributions by 2% (or more) of your income, and then set it to automatically increase the same amount next year.

Commitment is key. If you commit to following even a few of these tips over the course of the next year, you can improve your chances of getting your personal finances in gear and achieving your 2021 financial goals. You can do this!

Wed Dec 30 , 2020
Northwest Arkansas Countrywide Airport (XNA) in Highfill is almost concluded with the style perform for a $31.66 million project to create a sky bridge and renovate the terminal entrance. Designers Hight Jackson, RS&H and Garver recently introduced to XNA board users the style for the task, which is 90% concluded. […] 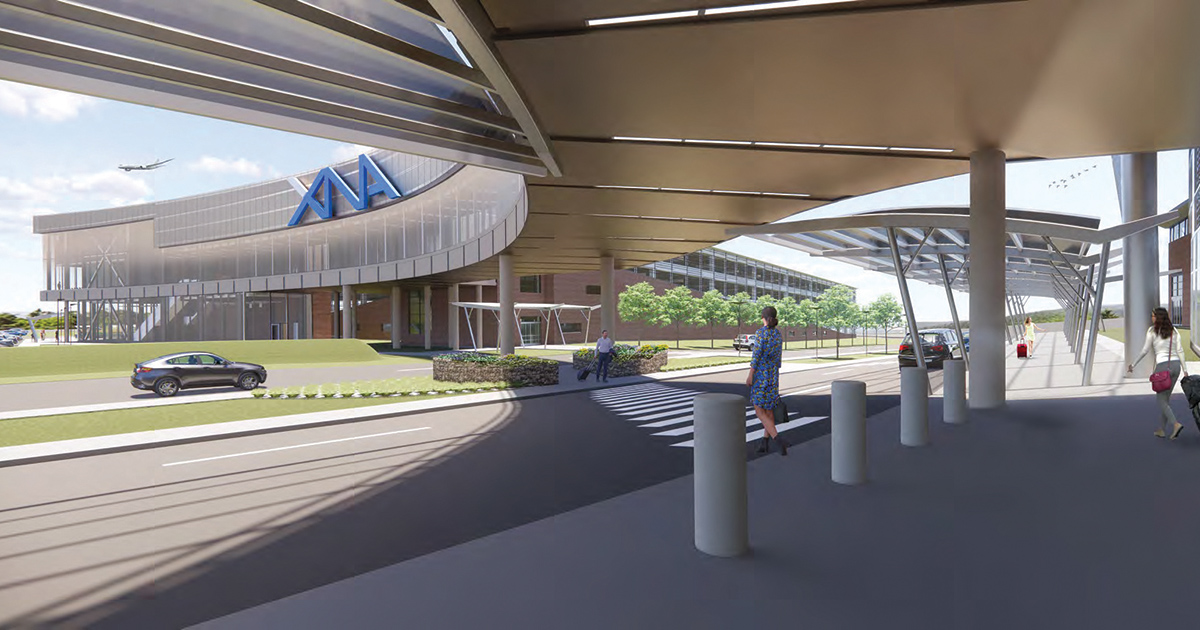