U.S. stock-market benchmarks closed higher on the eve of Election Day, despite selling in technology shares, as markets continued to monitor rising COVID-19 cases and the potential for a return to March-style lockdowns in the U.S.

Stocks ended lower Friday, capping a losing week and month for major indexes. The Dow fell 4.6% last week, leaving the blue-chip gauge with a monthly loss of 6.5%. The S&P 500 saw a 5.6% weekly loss, leaving it down 2.8% for the month; the Nasdaq Composite suffered a 5.5% weekly fall, leaving it down 2.3% in October.

Last week’s declines for the Dow, S&P 500 and Nasdaq were the largest since March.

What drove the market?

Equities closed higher Monday, a day before the U.S. election, even as major stock indexes saw selling in the technology sector.

“From a trader’s standpoint, as we go further into a potential lockdown state as COVID cases rates come back, tech again is front and center,” said Anthony Denier, chief executive officer of Webull, a trading platform popular with retail investors.

He pointed to Wall Street calls on Monday for investors to reduce technology exposure “because of crazy valuations” during the pandemic, as a pressure, but also said technology companies remain a favorite among retail traders.

“Stimulus, it’s going to happen,” Denier said, pointing to expectations that additional pandemic relief will eventually flow from Congress, regardless of who occupies the White House.

But Cameron Brandt, director of research at EPFR, said funds already flowing into industrials and consumer-goods sectors could point to other “material comforts,” beyond iPhones, laptops or streaming services, as benefiting from any additional pandemic aid from Congress or a return to March-style lockdowns in the U.S.

“The message the fund flows seem to be sending is that the winners in the second wave may be driven by deferred consumption,” he said.

Still, worries of a drawn-out ballot count and an unclear election outcome this week remained the biggest risk to markets, analysts said.

A final Wall Street Journal/NBC News poll published Sunday showed Democratic challenger Joe Biden holding a 10-percentage-point lead — 52% to 42% — over President Donald Trump. Biden’s lead was essentially unchanged from an 11-point lead seen in mid-October, but the survey did portray a tightening race in battleground states that could determine the outcome in the electoral college.

“There is so much uncertainty,” said Jason Ader, chief executive at SpringOwl Asset Management, in an interview. “The pollsters were wrong last time. Nobody knows what to believe.”

But he also pointed to European lockdowns, particularly in France, as COVID cases climb, as a key worry. “That’s got everybody nervous,” he told MarketWatch. “What does the market hate more than anything? Uncertainty.”

Read: Investors pine for a ‘clear victory’ — what’s at stake for markets in the Biden-Trump election showdown

The IHS Markit final U.S. manufacturing index rose to 53.4 in October versus an initial reading of 53.3. And the Institute for Supply Management’s more closely watched manufacturing activity index climbed to a 13-month high of 59.3 last month from 55.4 in September. Readings over 50 indicate growth.

Outside the U.S., the Caixin manufacturing purchasing managers index, a gauge of activity in China’s manufacturing sector, rose in October — a positive sign for domestic demand that provided a lift to Asian markets early Monday. It was a similar story in Europe after upbeat PMI readings.

Total U.S. deaths from COVID-19 rose above 231,000 on Monday, with cases rising in 42 states, as Trump continued to criticize the White House’s top infectious-disease expert, Dr. Anthony Fauci, and even hinted he might fire him if he wins Tuesday’s presidential election.

Investors also face another torrent of corporate results in the week ahead, with 128 S&P 500 companies due to issue results. Earnings for the S&P are set to decline for a third straight quarter as they deal with the pandemic, but the drop appears set to be less drastic than initially feared.

After last week’s barrage of earnings, including strong results from technology heavyweights, FactSet said its model now looks for a 9.8% blended profit decline for the S&P 500 versus its initial call for a 20.5% drop before the start of earnings season.

Which companies were in focus?

What did other markets do?

The yield on the 10-year Treasury note
TMUBMUSD10Y,

fell a basis point to 0.848%. Yields and bond prices move in opposite directions.

Oil futures rebounded, with the U.S. benchmark for December
CLZ20,

closing nearly 2.9% higher at $36.81 a barrel on the New York Mercantile Exchange Gold rose for a second straight session, with the December contract
GCZ20,

The ICE U.S. Dollar Index
DXY,
,
a measure of the currency against a basket of six major rivals, was up 0.1%.

MarketWatch has launched ETF Wrap, a weekly newsletter that brings you everything you need to know about the exchange-traded sector: new fund debuts, how to use ETFs to express an investing idea, regulations and industry changes, inflows and performance, and more. Sign up at this link to receive it right in your inbox every Thursday.

William Watts contributed to this article.

Wed Nov 4 , 2020
Parametric insurance policy offers a new immediate insurance policy small business design, many thanks to insurers’ adoption of normally-on electronic systems alongside with developments in prediction and weather-checking technologies. FREMONT, CA: The way insurers converse with their customers, as nicely as their promises administration procedure, have been reworked with the […] 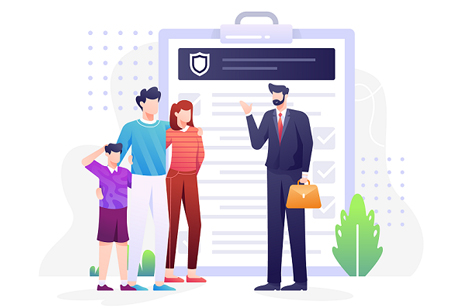