The year’s hum-drum ending on Wall Street was quite different from the demoralizing valleys and bullish rallies that marked the rest of 2020.

MANHATTAN (CN) — For investors, 2020 ended not with a bang but with a whimper, as markets posted meager gains to close out the last few equity trades of the year.

Thursday’s minor gains only added to the year’s overall success, as all three indices are far higher than when they started the year despite the economic ravages of the Covid-19 pandemic.

By the closing bell, the Dow Jones Industrial Average gained 183 points after flatlining most of the day. Overall, the Dow — which shed about 5,000 points in March, when lockdowns were first announced — has gained more than 2,500 points since January.

Of all three indices, the Nasdaq has had the easiest path during the pandemic, owed mostly to its tech-heavy load. The exchange finished 2020 at 12,888 points, a roughly 31% increase over its February high of 9,817 points.

One of the biggest story lines in 2020 was how the Federal Reserve reacted to the economic downturn. Many have credited the central bank’s various lending facilities and low interest rates with keeping markets afloat and calming nervous investors.

For 2021, the Federal Reserve could see its ability to react somewhat neutered. During discussions over the next stimulus package, Republican Senator Pat Toomey of Pennsylvania had tried to cull the central bank’s powers, claiming that “we are clearly not in a financial crisis at this point.”

However, experts believe the Fed will likely take measures similar to those from late 2008 through 2015, when the federal funds rate was kept at zero to 0.25%. “As of today, every contract with at least one trade on the books expects rates to stay at 0-25 basis points through September 2022,” wrote Nicolas Colas of DataTrek Research, noting that one possibility is that rates will remain at zero for the next several years, replicating the years after the Great Recession.

Earlier this week, President Donald Trump finally relented and signed a second stimulus package, though additional relief checks worth $2,000 are still held up by political infighting.

“The relief package won’t help until later in January. Thus, December should be OK, but not outstanding,” wrote analyst James Meyer of Tower Bridge Advisors in an investor’s note. “But markets look ahead. The vaccines are rolling out at about the rate most private forecasters predicted or about half the rate the federal government promised.”

The makeup of the U.S. Senate, which should be determined after the Jan. 5 run-off in Georgia, may also play a part in how the federal government approaches the economy next year.

“We will look to 2021 with optimism,” Meyer continued. “As the year progresses, markets will tell us whether that optimism is justified. The first big moment will come Wednesday morning when the market learns who controls the Senate.”

Tom Essaye of the Sevens Report agrees, noting that if Democrats win both seats, and thus control of the Senate, that could lead to market expectations being upended. “Specifically, if Democrats win, then expectations will rise for more economic stimulus,” Essaye wrote. “But with the $900 billion stimulus deal already passed, it’ll be very interesting to see how markets, specifically bond markets, react to the prospect for even more stimulus.”

The last year has been a mixed bag for Corporate America, with incredibly high unemployment due to several ravaged industries.

“As 2021 unfolds, it will become more obvious that corporate America has created meaningful inefficiencies during the pandemic,” said Peter Ricchiuti, a finance professor at Tulane University. “For white-collar employees, these could include anything from remote working to the realization that jobs could be combined and there would be less need for so many workers.”

And many blue-collar jobs could be lost forever. Unemployment claims remain high, though they dipped the last two weeks. During the week ending Dec. 26, the Labor Department reported 787,000 new claims on a seasonally adjusted basis, a slight drop from the prior week.

Jobless claims spiked at the end of March, when a record 6.6 million Americans sought benefits, and continuing claims hit their highest point in May with nearly 25 million citizens receiving unemployment benefits of some sort.

While Main Street has suffered, many on Wall Street have booked record profits.

According to an analysis by John Butters, senior earnings analyst at FactSet, S&P 500 earnings are projected to fall 13.7% this year — the biggest annual drop since 2008. The energy sector looks to be the biggest loser of 2020, posting a 107% drop in earnings compared with last year, he found, mostly due to plunging demand for oil.

Only four sectors are projected to report year-over-year growth in earnings, Butters found, with health care leading all other sectors with an expected gain of more than 10%.

Despite the gains in the health care arena, many major pharmaceutical companies have not seen their share price grow significantly, according to Michael Hewson, chief market analyst at CMC Markets.

While smaller companies like Moderna and BioNTech have seen their stock prices skyrocket, pharma giants have not. “This underperformance has largely been down to the fact that the companies have pledged not to profit from the vaccine,” Hewson wrote. “It’s been the little guy that has delivered the goods, though the scale of the big pharma companies has helped in terms of the trials and testing.”

Other sectors were greatly helped by the pandemic, though. Technology stocks have flourished during the lockdowns, with the tech-heavy Nasdaq leading the three major U.S. indices earlier this year.

Companies like Zoom have seen their share prices increase exponentially, but in some ways Apple has been the poster child for the sector’s success. The company’s market cap has nearly doubled over the last year, from $1.29 trillion at the end of 2019 to $2.26 trillion to round out 2020. On Tuesday the company’s share price hit a record high $138.79.

Retail and financial stocks have been among the hardest-hit during Covid-19, particularly in the early days of the pandemic. The financial services sector was initially slammed due to concerns about bank reserves not being adequate to handle the coming recession, while later in the year the Reza Zarrab money-laundering scandal cut further into stocks.

The retail industry, already reeling from relatively bad year in 2018, also took its share of hits, with J. Crew, J.C. Penney and Neiman Marcus all filing for bankruptcy. Surprisingly, however, the industry enjoyed a 6.6% year-over-year increase in sales.

With lockdowns keeping many in their homes, the housing and construction sectors have weathered the economic storm quite nicely. Home prices in October rose the most in more than six years — a whopping 7.9% year-over-year increase, compared with a 6.6% increase the prior month — driven by gains in 19 of 20 major metropolitan markets, according to the S&P CoreLogic Case-Shiller home price index.

The index hasn’t seen an overall gain that large since mid-2014, with Phoenix, Seattle, and San Diego reporting the highest year-over-year gains. Detroit remains a month behind in compiling data.

But existing home sales continued to drop, according to data from the National Association of Realtors. Pending home sales fell 2.6% in November, the third monthly decline, though overall sales are up nearly 6% year-to-date.

“The market is incredibly swift this winter, with the listing homes going under contract on average at less than a month due to a backlog of buyers wanting to take advantage of record-low mortgage rates,” NAR Chief Economist Lawrence Yun said in a statement.

He predicts that existing-home sales will increase about 10%, with new home sales rising by 20%, in 2021. “Economic growth is guaranteed from the stimulus package and from vaccine distribution, but high government borrowing will put modest upward pressure on interest rates,” he said.

Not all experts expect a quick turnaround, however. “While strong demand and record low mortgage rates will continue to support existing home sales, we expect depleted inventories and eroding affordability to present some headwinds,” Nancy Vanden Houten, lead economist at Oxford Economics, wrote in a research note.

As with 2020, the economic landscape of 2021 depends largely on the path of the virus itself. Spikes during the summer and again in the late fall have caused the economic rebound to stutter, and a new mutation of the virus from the United Kingdom has health officials nervous.

To date, nearly 83 million cases of Covid-19 have been reported worldwide with 1.8 million deaths, according to data compiled by Johns Hopkins University. In the United States, 19.7 million Americans have contracted the disease and more than 342,000 have died.

Thu Dec 31 , 2020
Anthony Davis is building passes on and off the court docket this period. The Lakers significant person, who inked a five-calendar year deal well worth $190 million with the crew in December, just offered his Westlake Village mansion for $6.6 million. It’s a comparatively shorter continue to be for Davis […] 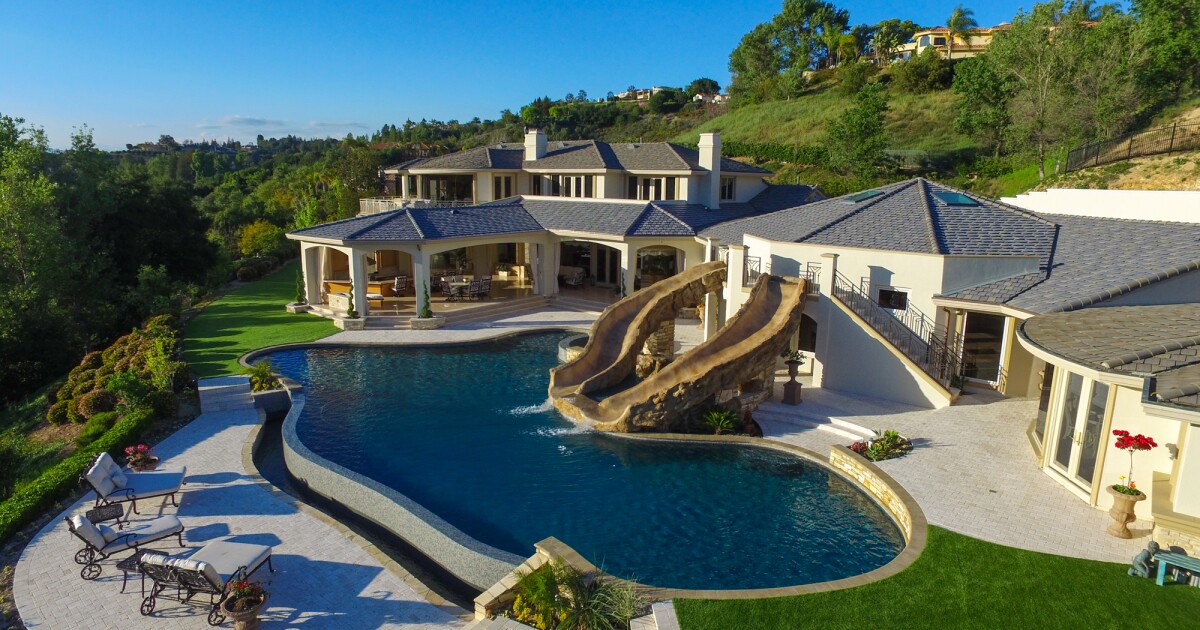