Each of the three major indices ended the session higher, and both the S&P 500 and Dow rose for a second straight day. The real estate and information technology sectors led gains in the blue-chip index, while the energy sector lagged.

The U.S. stock market closed early at 1 p.m. on Thursday, and the bond market will close at 2 p.m. in observation of Christmas Eve. Both the stock and bond markets will close all day on Friday for Christmas Day.

As of Thursday, the period of the typical “Santa Claus rally” had begun. This marks the last five trading days of December and the first two of the new year, when stocks tend to rise amid a wave of optimism around the holiday season and new year. According to LPL Research, stocks were higher over the seven-day trading period 77.9% of the time since 1950.

During the regular session Wednesday, the S&P 500 and Dow ended higher, while the Nasdaq touched a record intraday high before closing slightly lower. Traders largely shrugged off a new roadblock to Congress’s $900 billion stimulus package, as President Donald Trump said he wanted the bill to be amended to include larger direct checks to Americans, among other concerns. However, House Republicans blocked Democrats’ move to try and vote to increase the direct payments to $2,000, from the $600 as written in the bill currently, Thursday morning.

On Wednesday, Trump also vetoed Congress’s annual bill setting policy for the Department of Defense, citing concerns including the fact that it did not include provisions rolling back legal protections for online companies like Facebook (FB) and Twitter (TWTR). However, the bill had passed both chambers with veto-proof majorities, setting up Congress to override Trump’s veto of the $740 billion bill.

Other data was less upbeat: Personal spending fell for the first time since April in November, the Commerce Department said Wednesday, and personal income dropped far more than expected. While this may drag down fourth-quarter consumption, many believe the arrival of more stimulus will help provide an at least temporary floor to income and spending, once funds are distributed again to businesses and individuals.

Here’s where the three major indices ended the trading day on Thursday, ahead of Friday’s market closure:

Alibaba (BABA) American depository shares dropped more than 11% in New York on Thursday, after Chinese regulators increased their scrutiny over both the e-commerce giant and its financial technology affiliate, Ant Group.

Beijing’s State Administration for Market Regulation said Thursday that it has launched an antitrust investigation into Alibaba, and other Chinese regulators also called a meeting with Ant Group to push the company to implement new financial regulations.

For Alibaba, regulators are focusing on reports that the company had pressured merchants into committing to selling goods on its platform and not turning to competitors.

And for Ant Group, the focus of that probe is on its Alipay service, according to the Wall Street Journal. Regulators are reportedly concerned about whether Ant Group has resorted to monopolistic, anti-competitive behavior to maintain its massive base.

The moves come just over a month after Beijing halted Ant Group’s dual listings in Shanghai and Hong Kong, which were set to be the world’s largest initial public offering valued at about $34.5 billion.

The Dow rose about 50 points, or 0.2%, while the S&P 500 increased by approximately the same percentage margin. IBM, Visa and Caterpillar led advances in the Dow, while the information technology and real estate sectors outperformed in the S&P 500.

Here were the main moves in markets, as of 6:01 p.m. ET Wednesday

Sat Dec 26 , 2020
Insurtech company Cuvva is urging the insurance policies industry to make their coverage solutions much more flexible for Uk students travelling back dwelling for Xmas. Each individual calendar year, just about two million students vacation an typical of 91 miles from their universities to their homes to devote the holiday […] 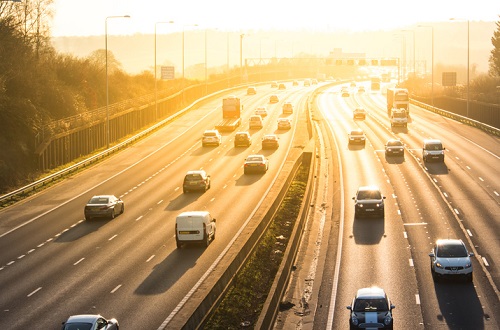